Multi-layer extruder proves preventative maintenance pays for itself with Dyna-Purge® A.

Ms. Susan Boone – Technical R&D/QA Manager noted that the plant had previously used CaC03 and/or anti-block type additive materials to scour their process equipment with mixed results. She ultimately desired to source a commercial purging compound that was safe, effective, easy to use and would allow for a reduction in scrap through quicker transition from purge through production. Most critical was the elimination of die contamination and gels/ surface defects on their finished films.

Their protocol is to purge quarterly for preventative maintenance or additionally “as needed” for all four (4) cast film extrusion lines.

Operators at Copol say preventative maintenance was never this efficient until they used Dyna-Purge A. 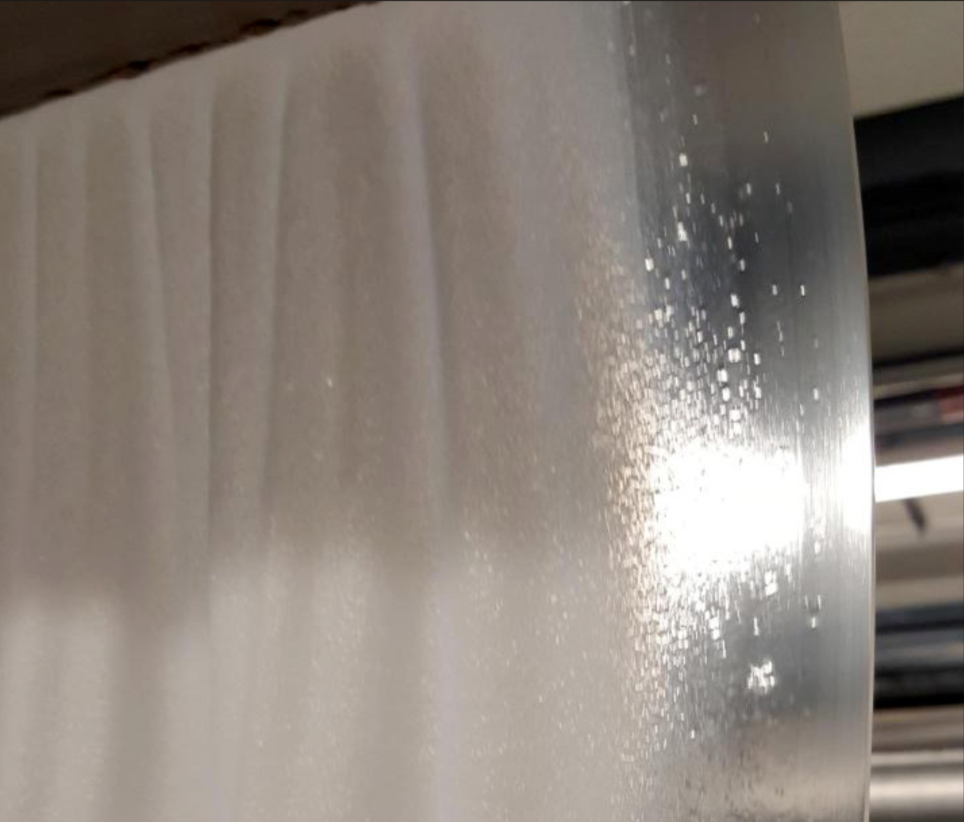 Transition and start-ups clean across the entire die face and speed Copol’s path back to production.